Gujarat Government Banned Fire Crackers in Diwali and other festival

BREAKING NEWS : The Corona virus epidemic is still raging across the country. Fireworks have been banned in some states during the current festive season. Then after the notice of NGT, the state government in Gujarat has been seen in action. Now a declaration has been issued on the issue of fireworks in Gujarat in which it is said that the order of the Supreme Court will be complied with. 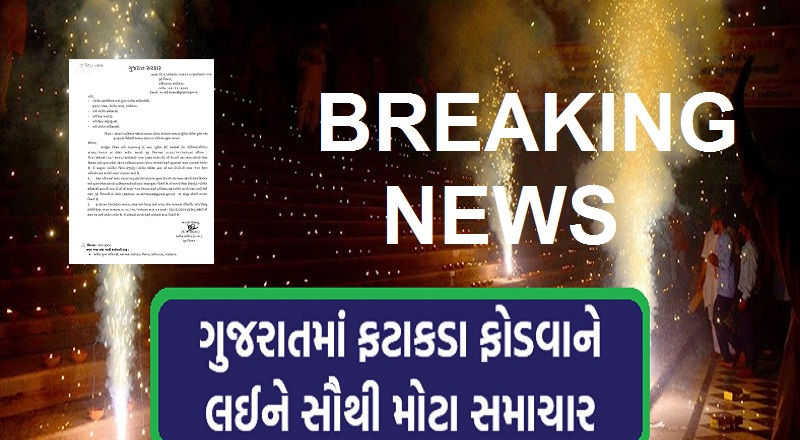 Gujarat Government Banned Fire Crackers in Diwali and other festival 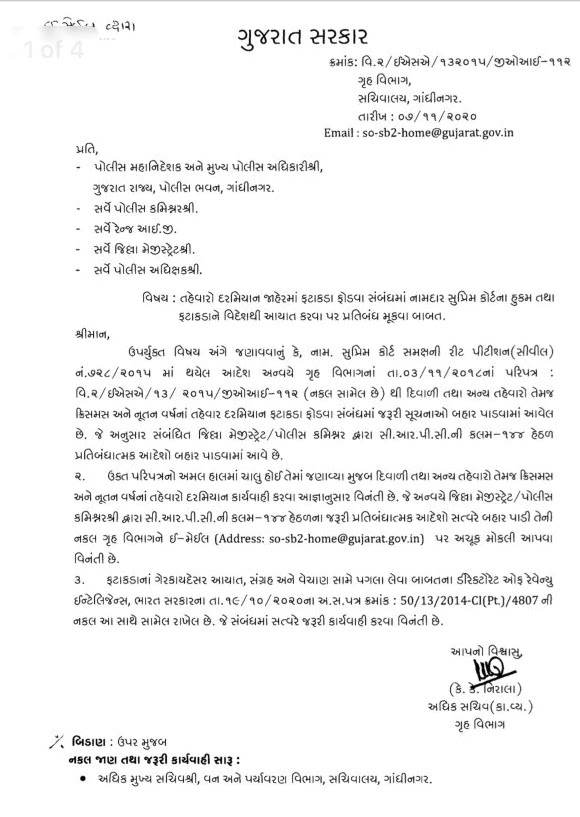 Not only Diwali, but other festivals as well as Christmas and New Year festivals have issued necessary instructions regarding the firing of fireworks. Following the Supreme Court order, the state government has banned the firing of fireworks in public. It has also banned the import of foreign fireworks. All the district collectors and police commissioners of the state have been asked to issue restraining orders. Illegal sale of fireworks has been asked to take action against hoarding.

According to doctors, the smoke from fireworks can be dangerous not only for corona patients, but also for those who have recovered from corona. Corona infection directly affects the lungs, so the lungs are relatively weak, making it difficult to breathe in the smoke from fireworks. Even after discharge, some health problems are found to occur. Given the current state of corona, experts advise not to firecrackers this Diwali.