Mukhya Mantri Krushi Sahay Yojana 2020
Chief Minister Vijay Bhai Rupani has announced the Mukhyamantri Kisan Yojana in the wider interest of millions of farmers in the state. The scheme was announced by the Chief Minister in the presence of Deputy Chief Minister Nitin Bhai Patel and Agriculture Minister RC Faldu. 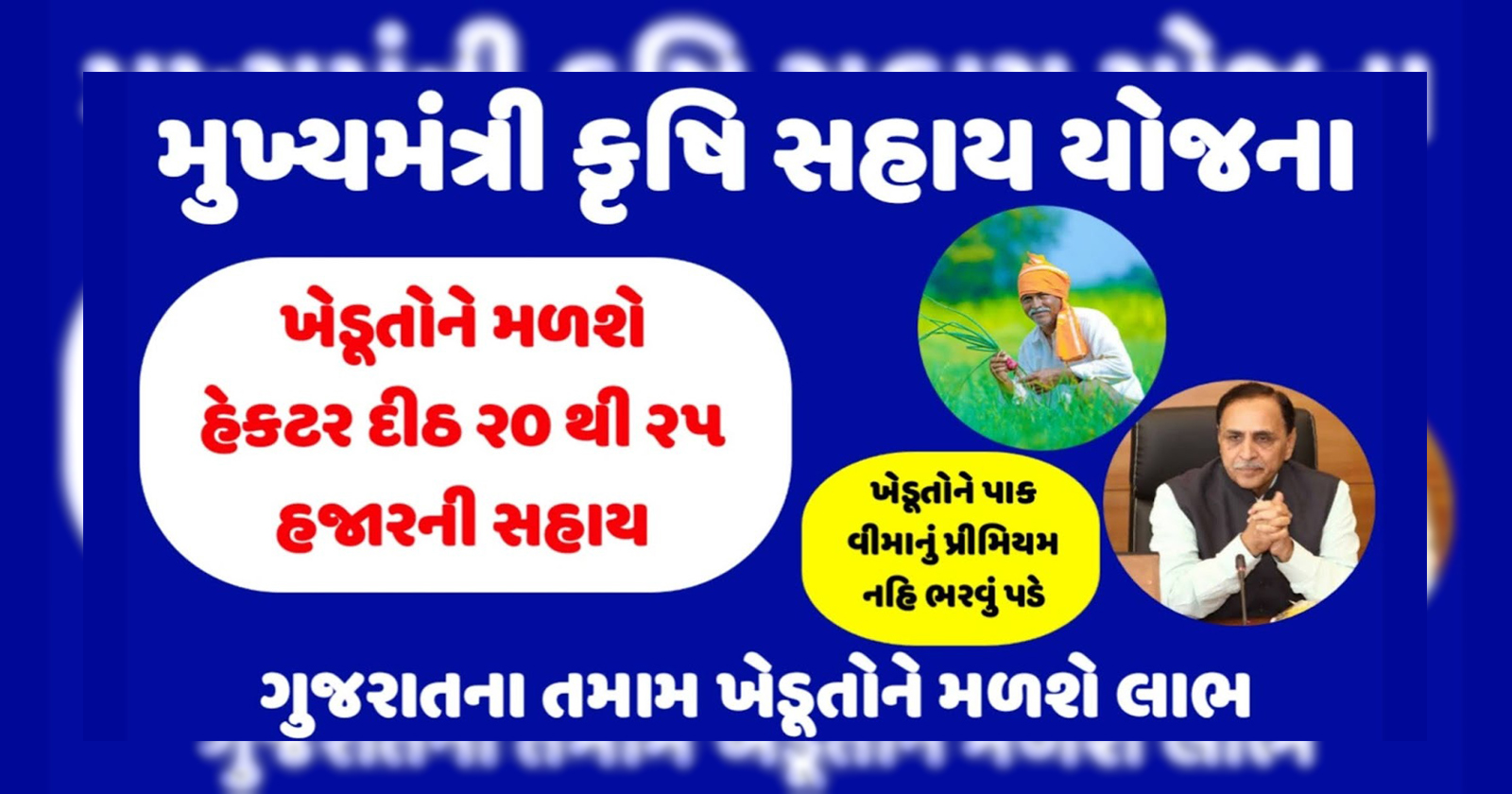 He said that irregularity of rainfall in agriculture, especially in kharif season, is a factor causing economic loss to farmers. A transparent and simple method for crop loss to farmers in the event of such natural calamities with the aim of including all the farmers in the state and eliminating the loss of the farmer to easily benefit the farmers against crop loss due to natural calamities The state government has decided to implement such a scheme.


Risks covered under the scheme

A taluka which has received less than 10 inches of rainfall for the current season or has not received rain for four consecutive weeks (3 days) between two rains in the period from the onset of monsoon in the state till 31st August, i.e. zero rainfall and damaged crop (Drought) risk will be considered.

The taluka is considered as a unit in case of heavy rains such as cloudburst, continuous heavy rains in which districts of South Gujarat region (Bharuch, Narmada, Tapi, Surat, Navsari, Valsad and Dangs) in 3 hours or more and in all other districts of the state in 2 hours. Rainfall of 3 inches or more is recorded as per the rain gauge of the revenue taluka and damage to the standing crop will be considered as risk of excess rainfall.

From 15th October to 19th November in the rain gauge of revenue taluka in 3 consecutive hours 20 mm. If it rains more than and the crop is damaged in the field, it will be considered as a risk of unseasonal rains (Mawthu).

Giving information about the eligibility of the farmer beneficiaries of the scheme, Vijay Bhai Rupani said that all the 3-A holders registered in the revenue records in the entire state will be considered as account holders and charter holders under the Forest Right Act. The scheme will be implemented from Kharif 2020. For the benefit of this scheme which should be planted by the farmers in that kharif season


The following information was given by the Chief Minister regarding the assistance standards of the scheme.

About other important provisions of this scheme.