The Government of India has released the guideline of Unlock 4.0 under Covid-19.There was a lockdown across the country due to the coronavirus which has been gradually mitigated into 4 parts..  Several guidelines for Unlock 4.0 have been released by the Central Government.Information is provided on which items will open and which items will close. Let us know this official guideline issued by the government. 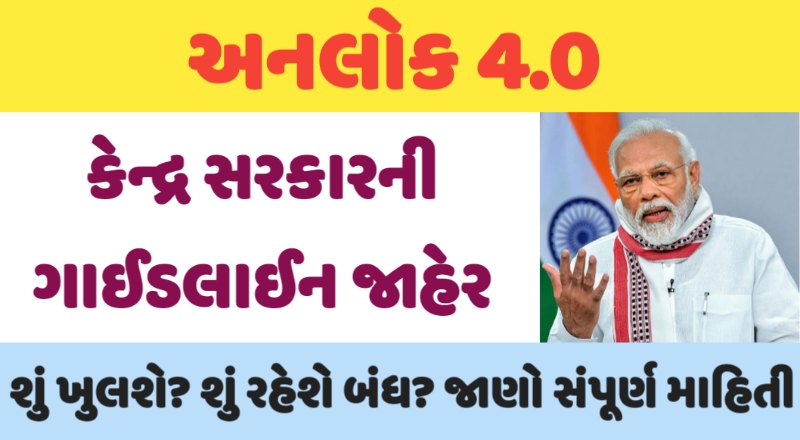 It has been decided to keep schools and colleges closed till September 30. In addition, it has been decided to close swimming pools and theaters. However, permission has been granted to open an open air theater from September 21. According to the guidelines issued by the Home Ministry, programs related to social, political, entertainment, sports, etc. will be allowed from September 21, but a maximum of 100 people can attend under one roof.


These services will open in Unlock 4