If you do not give free food to the poor, complain to this number

In view of the Corona epidemic, some important decisions were taken under a cabinet chaired by Prime Minister Narendra Modi. The most important of these, the Poor Welfare Food Scheme (PMGKAY), which affects 80 crore Indians, has been approved for the area. Now, under this scheme, strict action has been taken against the person who does not give food to that person. 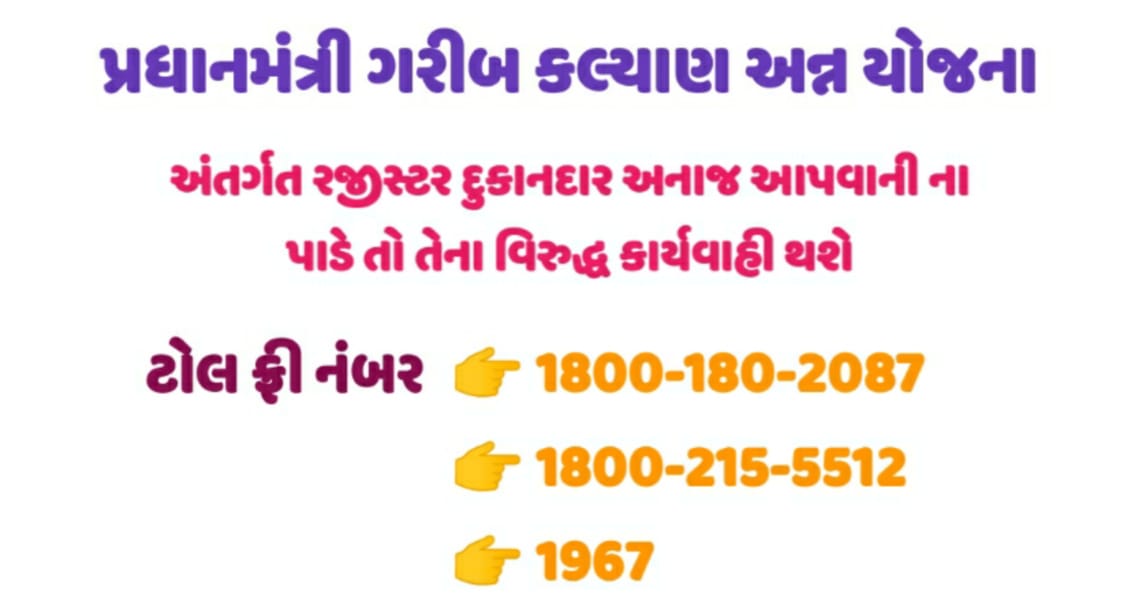 Finance Minister Nirmala Sitharaman tweeted the information. The central government has announced to provide free foodgrains to more than 80 crore people by November 2020 under PMGKAY. The scheme will also provide foodgrains to those who do not have ration cards.

According to a new decision by the Modi government, those who do not have a ration card can use the Aadhaar card to avail the benefits of the scheme. Must have Aadhaar card. Under this scheme, pink, yellow and khaki ration card customers will be given 5 kg of wheat or rice and 1 kg of lentils per family free of cost.

If any card holder from across the country has difficulty in getting free foodgrains under the scheme, he can lodge a complaint with the District Food and Supply Control Office or the State Consumer Assistance Center. The Modi government has announced toll free numbers 1800-180-2087, 1800-215-5512 and 1967 to inform if any registered shopkeeper refuses to give food grains to anyone. You can also lodge a complaint by calling these numbers from anywhere in the country. Apart from this, some state governments have also given separate helpline numbers.