One Nation One Ration card

Ration card portability is being discussed across the country amid the Corona crisis. Ration card portability has been approved in more than 15 states of the country. From June 1, the Ration Card Portability Service 'One Nation-One Ration Card' will be implemented in 20 States and Union Territories. One Nation One Ration Card Scheme will prove to be very important right now. The apex court has also asked the central government to consider implementing the 'One Nation One Ration Card' scheme. So that during the nationwide lockdown caused by Corona, foreign laborers and the economically weaker sections can get foodgrains at subsidized prices. Let us know about this plan. 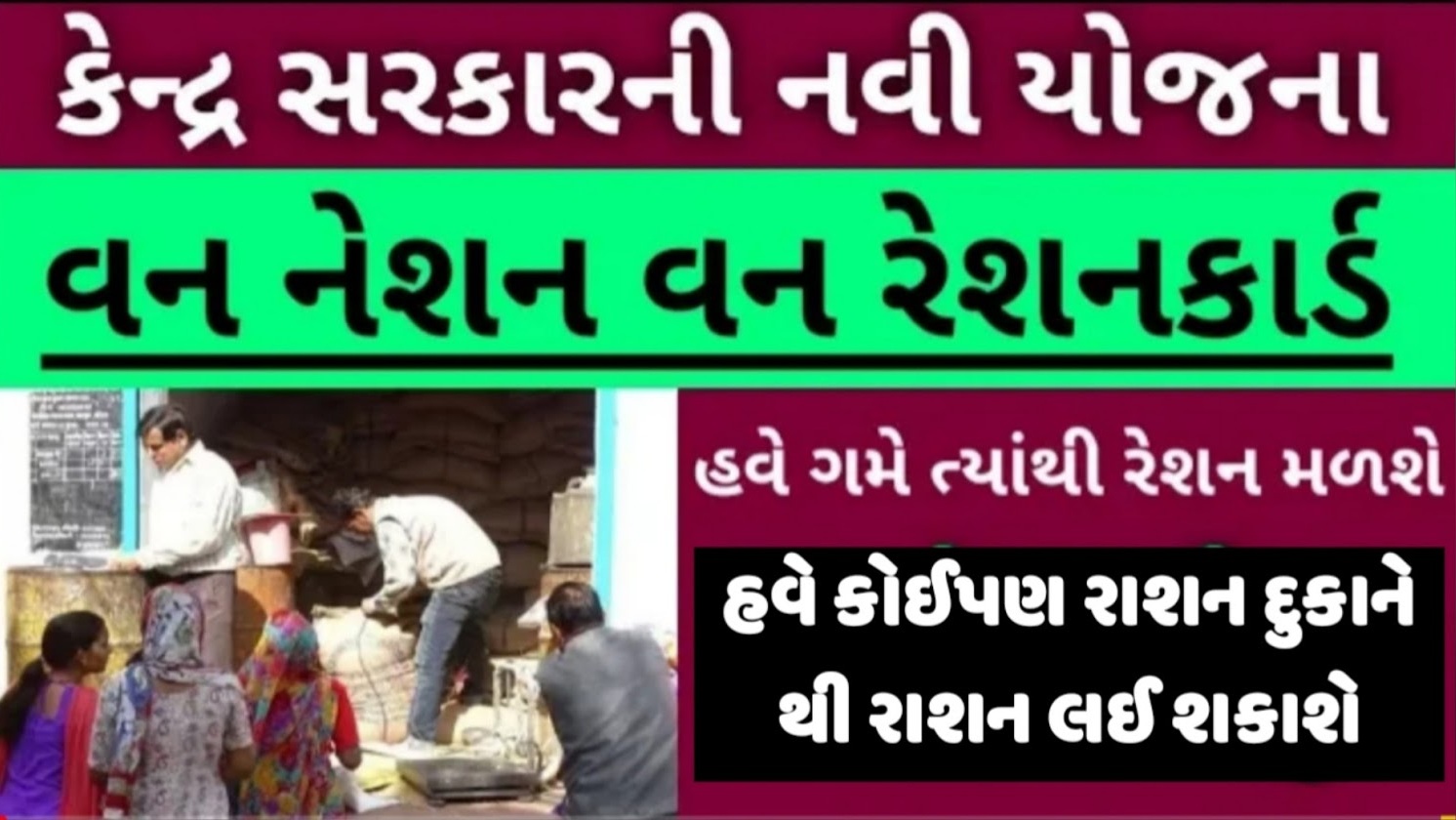 The 'One Nation One Ration Card' scheme will now be implemented

Union Minister Ram Vilas Paswan said so far 17 states and Union Territories have been included and three more states like Odisha, Mizoram and Nagaland are also being prepared. A total of 20 States / UTs will be ready to start ration card portability from June 1.

Will be identified by an identity card
Under this scheme, the beneficiaries of PDS will be identified from the electronic point of sale (PoS) device on their Aadhaar card. To implement this scheme across the country, PDS machines will be installed at all PDS shops. As states report 100% POS machines on PDS shops, they will be included in the 'One Nation, One Ration Card' scheme. 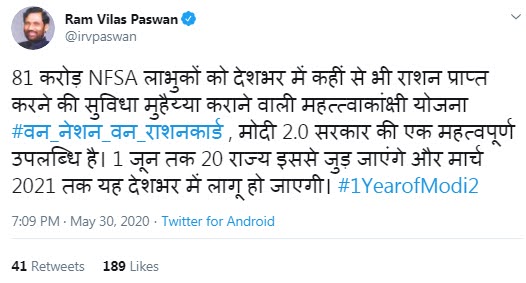 Ration will also be available from the old card
After the implementation of this scheme, the beneficiaries will be able to take rations on their card from any ration dealer in any part of the country. These people will not have to return the old ration card, nor will they have to create a ration card in a new place.

Apply online for ration card
- If you are applying for a ration card online, you will need to follow these steps
- First you have to go to the official website of the food and logistics department of your state.
- Here you have to choose your language.
- After this some personal information like name of district, name of area, town, gram panchayat will have to be mentioned.
- Now you have to choose the type of card (APL / BPL / Antodaya).
- Next you will be asked for a lot of information such as the name of your family head, Aadhaar card number, voter ID, bank account number, mobile number etc.
- After filling in all the information, at the end you have to click on the submit button, along with it you have to keep a print of it.