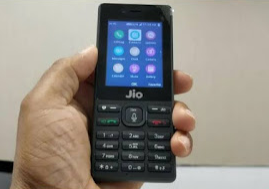 Price Will Be Less Than Rs 500

The new Jio phone can come in at less than Rs 500. According to the 91 Mobiles report, it may cost Rs 399. Along with the phone, the company will launch a Rs 50 recharge pack. The recharge pack will be exclusively for this phone. This recharge pack will come with 28 days validity. Talking of calling, users will get unlimited free calling on the Jio network. This will get some free minutes for other networks as well.

The company can launch its own phone called Jio Phone Lite. It will come with a small display and an alphanumeric keypad. The company has not yet given any official information about this phone. Nothing is yet certain about the launch of the phone. Experts said the company could introduce the phone at its annual general meeting in 2020. First and second generation Geo phones were launched by Reliance at its annual meeting.