If you want to be healthy then never eat after eating

If you want to be healthy then never eat after eating
At meal times, we make many mistakes that are detrimental to our health. According to doctors, food should always be eaten at the right time and should never kill your appetite. The following should be taken into account after eating the food 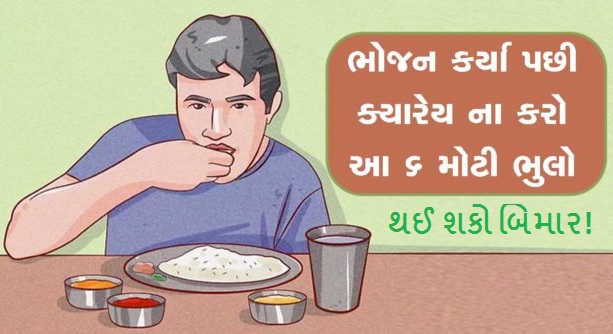 Do not drink juice
Drinking juice after meals is not considered appropriate and in doing so disrupts the digestive process. Therefore, it should not be consumed immediately after meals. It is always advisable to drink juice at least two hours after taking it.

Do not smoke
Many people smoke after eating, which affects their health. Never smoke or drink alcohol after meals.

One should not eat cold or hot together
Never eat cold or hot things while eating. Many people drink milk after eating yogurt, which is not considered appropriate. Drinking yogurt and milk together causes stomach ache. Likewise, do not drink yogurt, milk, tea or coffee over cheese.

Don't sit
After eating, people immediately sit in their chairs and start working. According to the doctor, one should not sit on a chair immediately after a meal. Always walk for at least 5 minutes after meals and then sit back in the chair and work.