Follow these tips to help you create your own money tree

Friends are the most employed people today, and most of them have a modest salary. But those people also dream of becoming rich. And yet they cannot be rich. Because they can't find the right way to get rich. 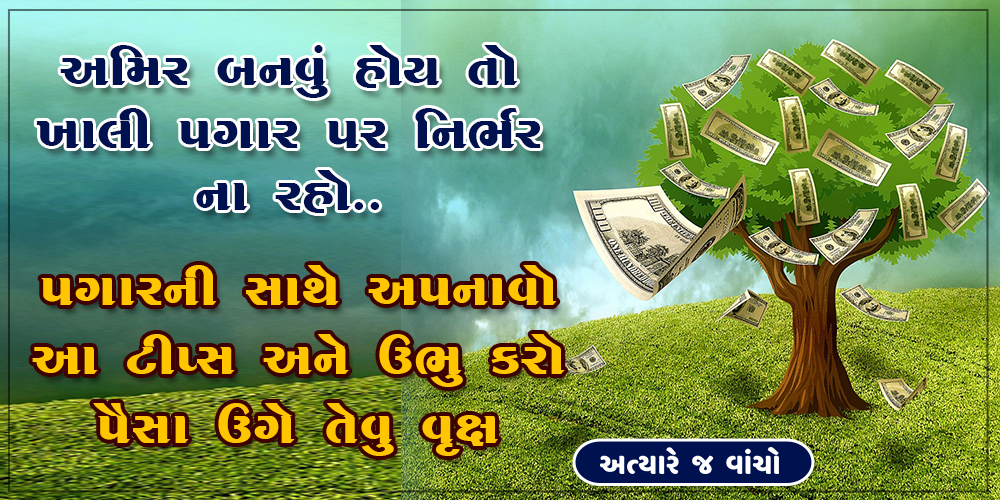 So today we have come up with a way for you to grow your own money tree, even if you have a job. The following is a story showing how to build that tree. Through its door you will know how to pay, as well as how to grow this tree.

Friends Today, we will look at a small story and learn about how to make our lives successful. We must work hard to achieve something in life. But our hard work should be such that we save both our energy and time and our income should continue at retirement. And our physical condition should also be in a normal state.

Today we will talk about two friends and their ideology. Which gives us a lot of real inspiration. And it is up to us to find a way to succeed.

It was a small village. There were two very good and trusted friends living. His name was Krishna and Arjun. The two friends wished for a very good and happy life. They were both willing to do any work for her.

It was then decided that he would get paid as much water as he could during both days. Both friends are very happy to hear that. From morning to evening, carrying buckets of water, delivering water from river to village. And in the evenings he was getting good money for that job. And the people of the village were also very happy, because of the hard work they brought to the water.

But by the time the work was done, the two friends were very tired. The hands of both of them were very painful. Arjun was very happy with his work. And he was also interested in making money. Arjuna was very confident that with the money he earned, he would be able to live his fun and life well.

Arjuna started bringing water in a large bucket to increase his capital. And increased their income.

On the other hand, Krishna was not happy with his work. Someone was looking for an easy way to make more money. One day Tableau got an idea or would I make a pipe line from river to village? And if it becomes a pipeline, the village gets more water and I get more money.

Krishna was very enthusiastic about this work. And he started making plans. Krishna also told Arjun about the plan, that you too join me and we will build a pipeline together. Arjun felt that it would take a long time to build the pipeline. And Arjun's dreams will hang on. And Arjun rejected the idea of ​​a pipeline and had to retrofit his water supply. And not to make more money, even the water fountains started to increase even further.

Now Krishna thought and decided to build a pipeline. He knew that the task was not so easy. It will take many years to complete that plan. And yet he focused his attention on the pipeline. But he did not give up his old work, and every day, by his own means, he would deliver the water to the village.

He used to make water lines during his leisure time. Some time passed and the people of the village started to irritate Krishna and make fun of him. And the villagers used to tease him as Krishna the Pipeline Man. And on the other hand Arjun's income had doubled. He also bought a big house and his life style had changed a lot.

Arjun was now completing his work and used to earn money and enjoy his fun. After a few years, Arjun found out that doing this work everyday had weakened his body. And she no longer had the strength to fill it. And slowly he began to bring a low bucket of water.

A long time passed and Arjun's earnings had dropped. So Krishna's pipeline was nearing completion. Shortly thereafter, Krishna extended his line to the village. And now he was watering the village through a pipeline instead of a bucket. Krishna was now earning more than ever. And even if Krishna didn't work, he was still earning money.

Now Krishna was out, moving, party and doing whatever he was earning. And on the other hand, Arjun was now employed by the pipeline.

In real life, many people act like Bruno's. It has no future. It wastes both our time and energy. If one job makes less money then it can do another job. Or overtime.

On the other hand, the ideology of many people is like Krishna who continued his work and did not waste his time and energy for a limited income. And with a little time and energy both built their own pipeline. Because Krishna knew that one day he would lose both his physical and mental strength. So he used his energy and time in a very good place.

We see a lot of companies today that people have built a line like Krishna. They work at anything, but their work and income keeps going. Such as Reliance, Adani, Tata & Group and the current Amazon company. Owners of all of these continue anywhere, but without interruption, without any income.

If we are doing any business or doing business, that job can be said exactly if the business does not run without us. For that, both our Time and our Energy Limited revenue line will have to create a line to save extra time. Then your success will be by people you just have to handle.