Johnson & Johnson announced a voluntary recall of its talc-based baby powder products on Friday, after the Food and Drug Administration found traces of cancer-causing asbestos in sample testing. The recall follows legal losses and an investigative report linking asbestos exposure to the company’s talc products. 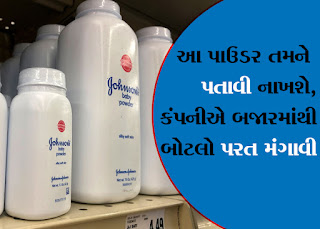 The recall will affect only one lot of baby powder, which still amounts up to 33,000 bottles. According to the company, it was prompted by the FDA finding “sub-trace levels of chrysotile asbestos contamination” in a sample taken from a bottle bought online; another lot tested by the FDA turned up negative. There seem to have been no reports of injury linked to the products. But in a statement by the company Friday, the company said that the recall was made “out of an abundance of caution.”

The company added that it “has a rigorous testing standard in place to ensure its cosmetic talc is safe and years of testing, including the FDA’s own testing on prior occasions—and as recently as last month—found no asbestos.”