Voting was held on October 21 for the by-election of six vacant seats in the Gujarat Legislative Assembly. The preparations for the counting on Thursday, October 24, have been completed. The counting will begin at 8am. EVM votes will be calculated first by VVPAT and later by EVM. 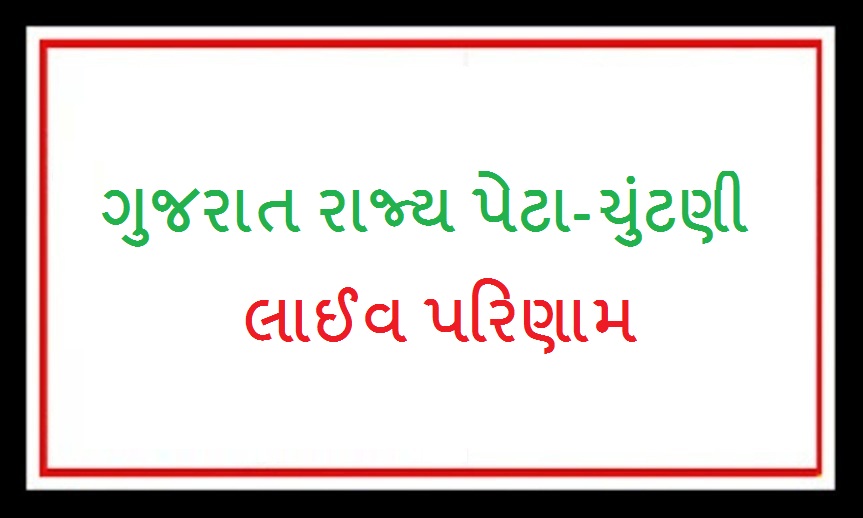 A total of 613 officers and staff will be present at 6 seats during the counting of the by-elections of the assembly. Three-layer security of police security will be kept at the counting centers.
WHY WAS BYE ELECTION HELD

The result of the by-elections, held on October 7, of six Assembly constituencies in Gujarat, will be announced tomorrow. Following the polls for four by-elections in North Gujarat, including Kheralu, Radhanpur, Tharad Kannidai Lakia and Byd, the by-elections for the Amaraiwadi and Lunawada seats, counting of votes will be conducted tomorrow between tight security and a vibrant atmosphere. Thus, counting will be held by evening, but by mid-afternoon, the results of the by-elections of six seats are likely to become clear. However, out of six by-elections of the six assembly seats, Radhanpur Akila and Bid are all looking at the outcome. All arrangements and preparations have also been made by the electoral system to take the counting of the votes tomorrow. So security is also deployed in a iron and full proof. A total of 3-5 tables will be set up for EVM machines at each counting booth for tomorrow's countdown. In one round the counting of the 3 machines will be calculated simultaneously. The final result will be announced at the end of round 6. At a table will be appointed Counting Supervisor, Counting Assistant, and Kennedy Lakie of Micro Orbserver. So, for the counting, more than one thousand employees will be sought.