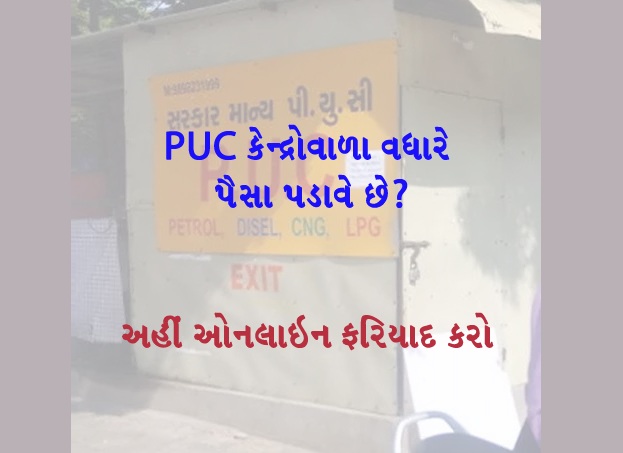 After the implementation of the new Motor Vehicle Act in the state, long lines are seen at PUC centers. Some centers also serve at night. On the other hand, there have been complaints that more than the prescribed amount is being collected from vehicles at PUC centers. Holders of PUC center are taking advantage of the compulsion of the people and exposing them. Gujarat Vehicles Commissioner A circular has been announced on September 13th.

Gujarat Vehicles Commissioner A circular has been announced on September 13th. Along with this circular, the details of which vehicle is charged for PUC are also given. It has also been said that if anybody charges more than the fixed charge, steps will be taken till the cancellation of the validity of the PUC center.

Where to complain against centers charging higher than the prescribed charges?

According to the Circular of the Office of the Transaction Commissioner, any person against the PUC Center, who is collecting illegal charges, may file a complaint with the concerned RTO and the Commissioner of Transaction.
Currently all RTO offices in the state are active on Twitter handle. You can also complain about this by tagging the RTO office on Twitter. In addition, an e-mail ID has been allocated to each RTO office, so you can complain.

Gujarat Transport Commissioner's official Twitter handle is @cotguj. You can also tag it. You can also visit https://cot.gujarat.gov.in for more information.