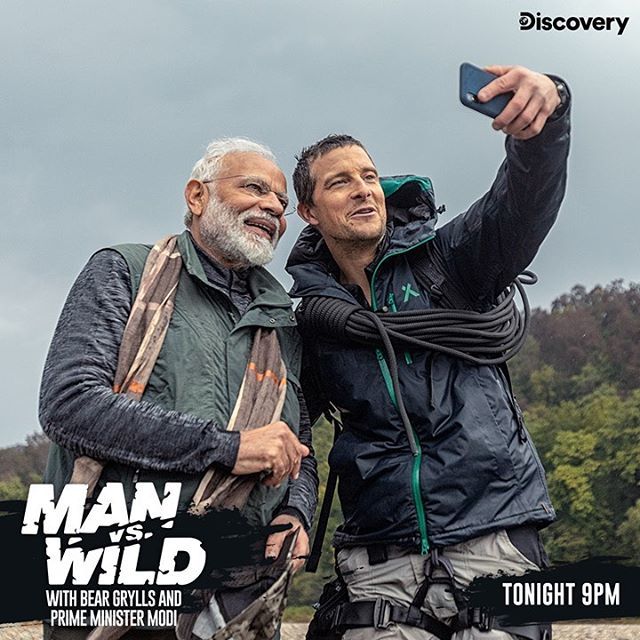 The Discovery Channel has released a promo for a special episode of Man vs. Wild, which is going to air on August 12. The show will see Bear Grylls Indian Prime Minister Narendra Modi in the forest. This episode of the show has been shot in the Northern Indian Himalayan foothills. In these forests there are creatures like lions, tigers, elephants, crocodiles and snakes. Meanwhile, people from all over the world are waiting for this special episode of Modi.
Man vs Wild: PM Modi’s comfort-level in jungle was surprising, says Bear Grylls

In the promo, Bayer says that I have come to India to shoot an episode. Bayer also says that even though Modi is the leader of the largest democracy in the world, only the forest rule is here.

2,025 people are talking about this

So, a general rule would be something like this: The undelete process is effective only for files that have been deleted very recently. Or, more precisely: The probability of successfully recovering a file is inversely proportional to the amount of time elapsed after deleting it.
PM Modi will also talk about the environment during the show. This episode will be shown in many countries around the world. It will be broadcast in 8 Indian languages.